After getting a Mexican visa in Florida in Feb ’22, then trying out 3 different cargo vans in March, then heading back to Puerto Morelos, Mexico for 3 months, I landed back in Seattle and have been staying with my friend, Tom, in West Seattle since May 5.

One of the reasons I left Puerto Morelos was the sargassum seaweed that covers the beach during the low season (April–October). When it piles up and rots, the fowl smell wafts inland several hundred yards. The other reason I left was because of the construction that had started next to the small apartment building I was staying in. Plus, I’d had enough of that little tourist town. 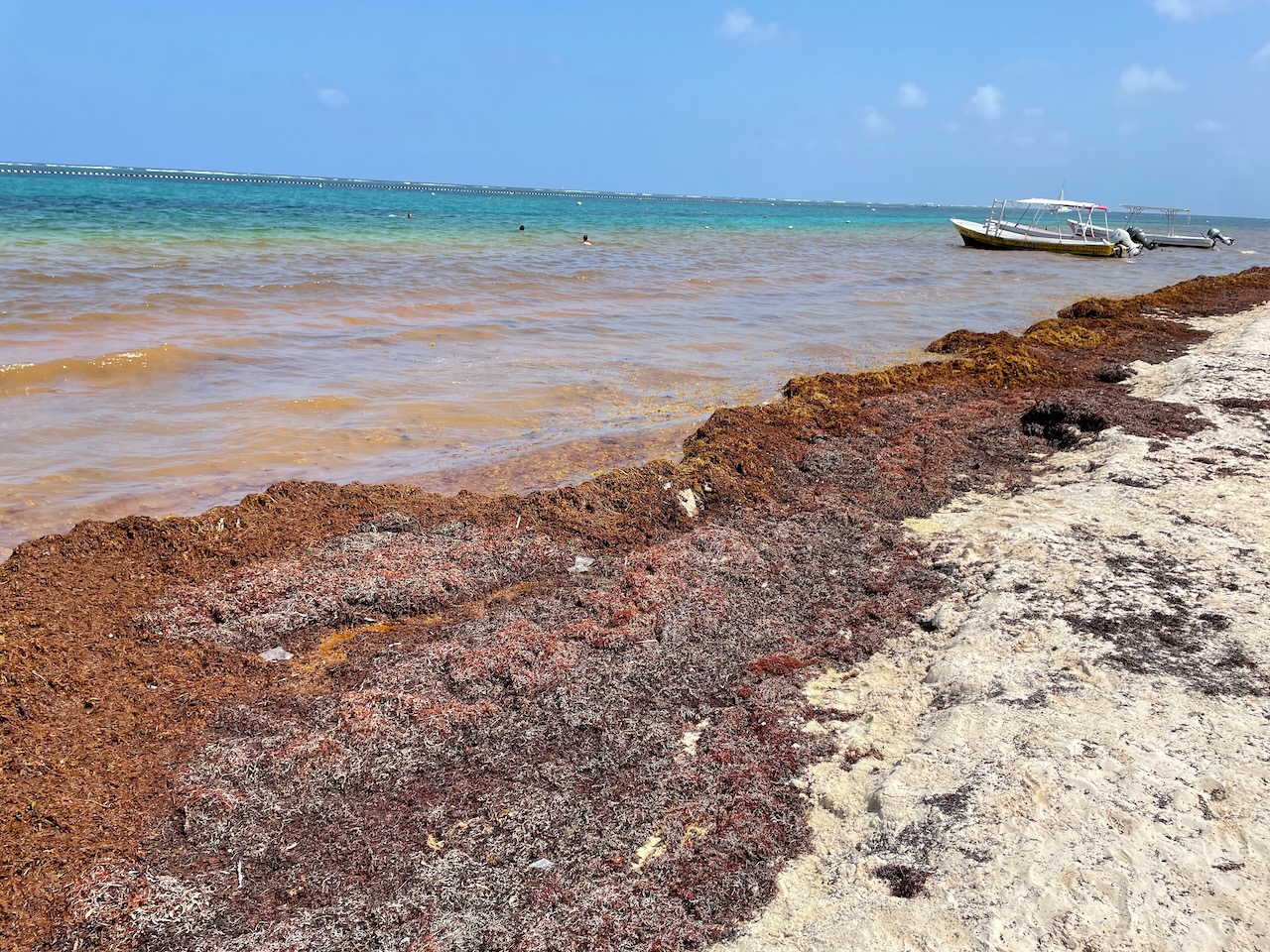 I grew up about 10 miles north of Seattle in the Bothell-Kenmore area. I’d been to West Seattle a few times long ago, but knew little about it. Over the past month and a half, I’ve come to like it quite a bit. Separate from the rest of Seattle, it has a small town feel…and it’s nice being also distant from the big highway of Interstate 5. It took a couple weeks to understand the streets that go up and down the hills, and to find the 3 main commercial intersections, where the important stores are. They’ve got most everything you need here. Of course, those who live on the shore, or who have a good view of it, must have money. But where I’m staying is on the eastern side. 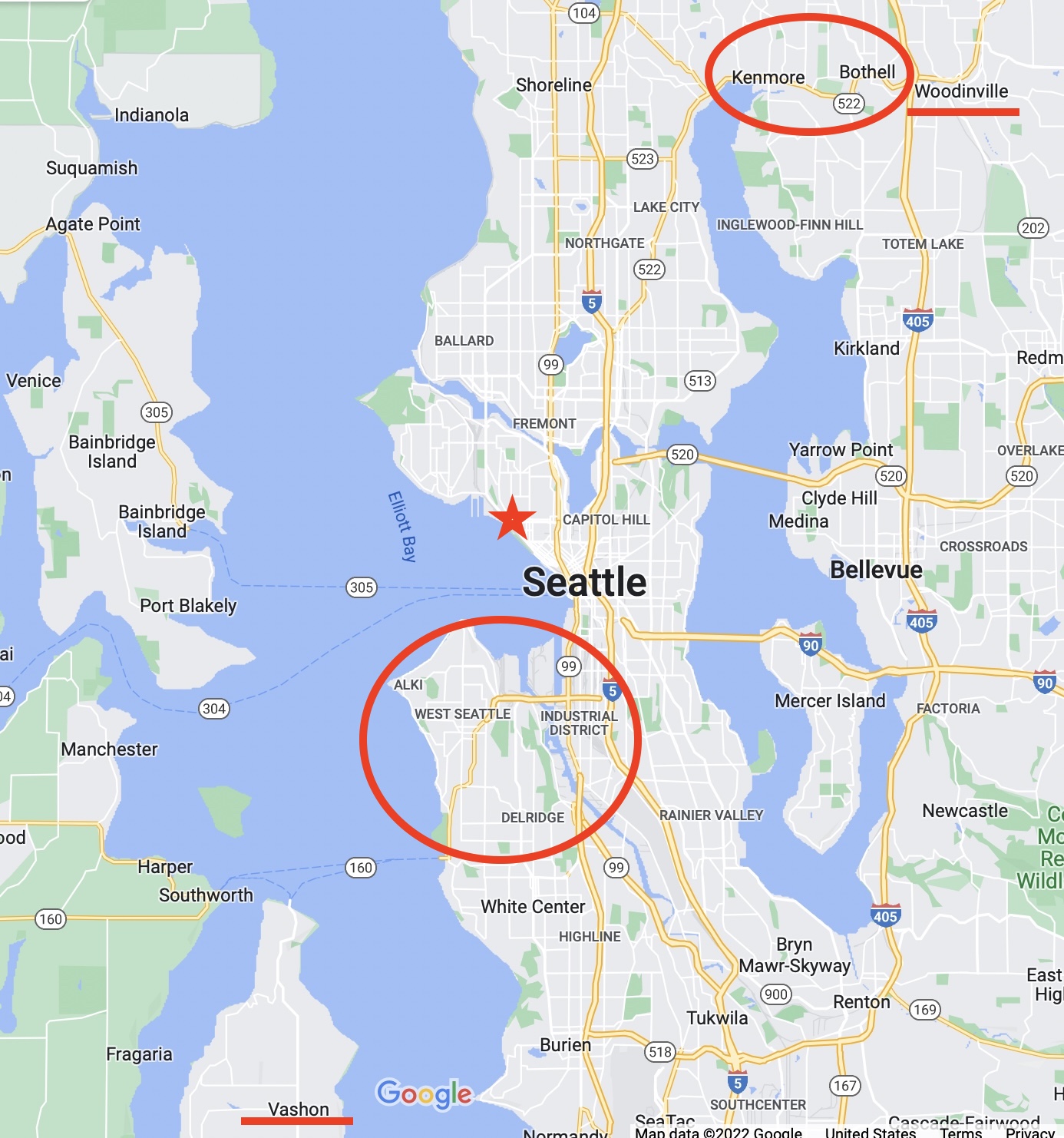 One thing I’ve done since I’ve been back this time is to hook up with various people. One evening I took my sister, Ellen, and her wife, Kim, to dinner at the recently converted monastery at St. Edwards park. They had a cool old limo out front that they actually use for private parties. 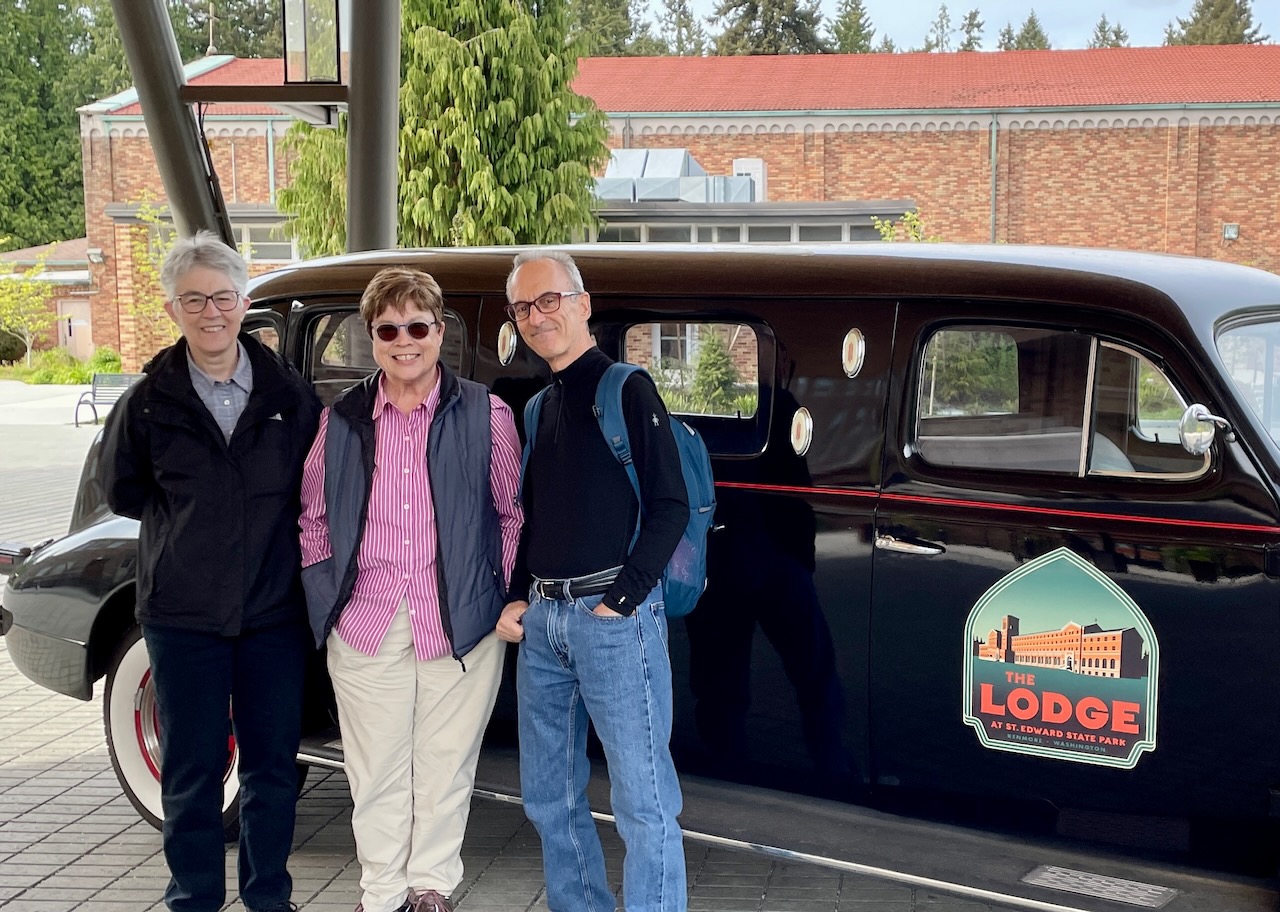 I stopped in to see Keith up near Kenmore and was surprised to find Craig staying with him, as he had recently left the Bay Area of California to move back to Seattle. So we all went out for Mexican food. 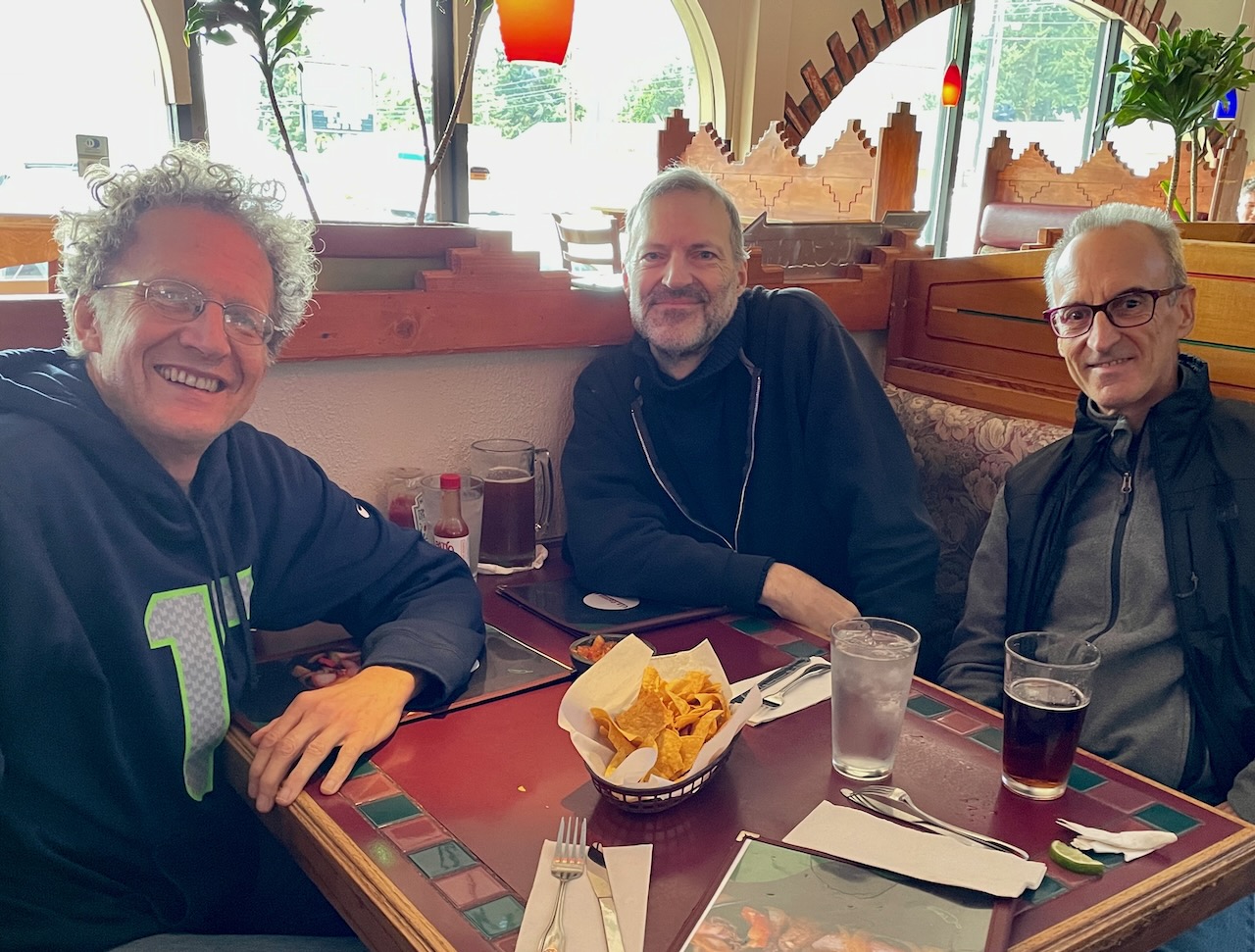 We were in a band called Daily Planet around 1980. From left: me, Craig, Kim, Keith, Bruce 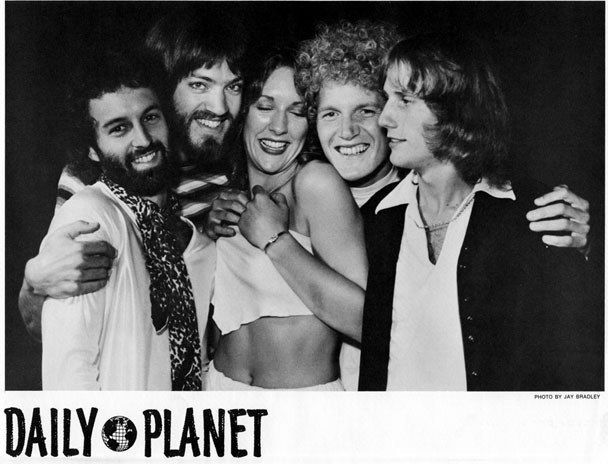 I drove up to Camano Island (one of the San Juan Islands, in the long bay of Puget Sound), to see another old friend, Doug Roff. Like so many of my old high school friends, he is also a guitar player. And like some others around our age, he became a carpenter. I worked for him as a house framer for about a year back in the ’80s. And like a lot of us, he’s now facing some health issues, but is overall in good spirits. I’d brought some spaghetti sauce I’d made, and me, him and his mom ate together. He put the (washed) bowl on my head for this shot. 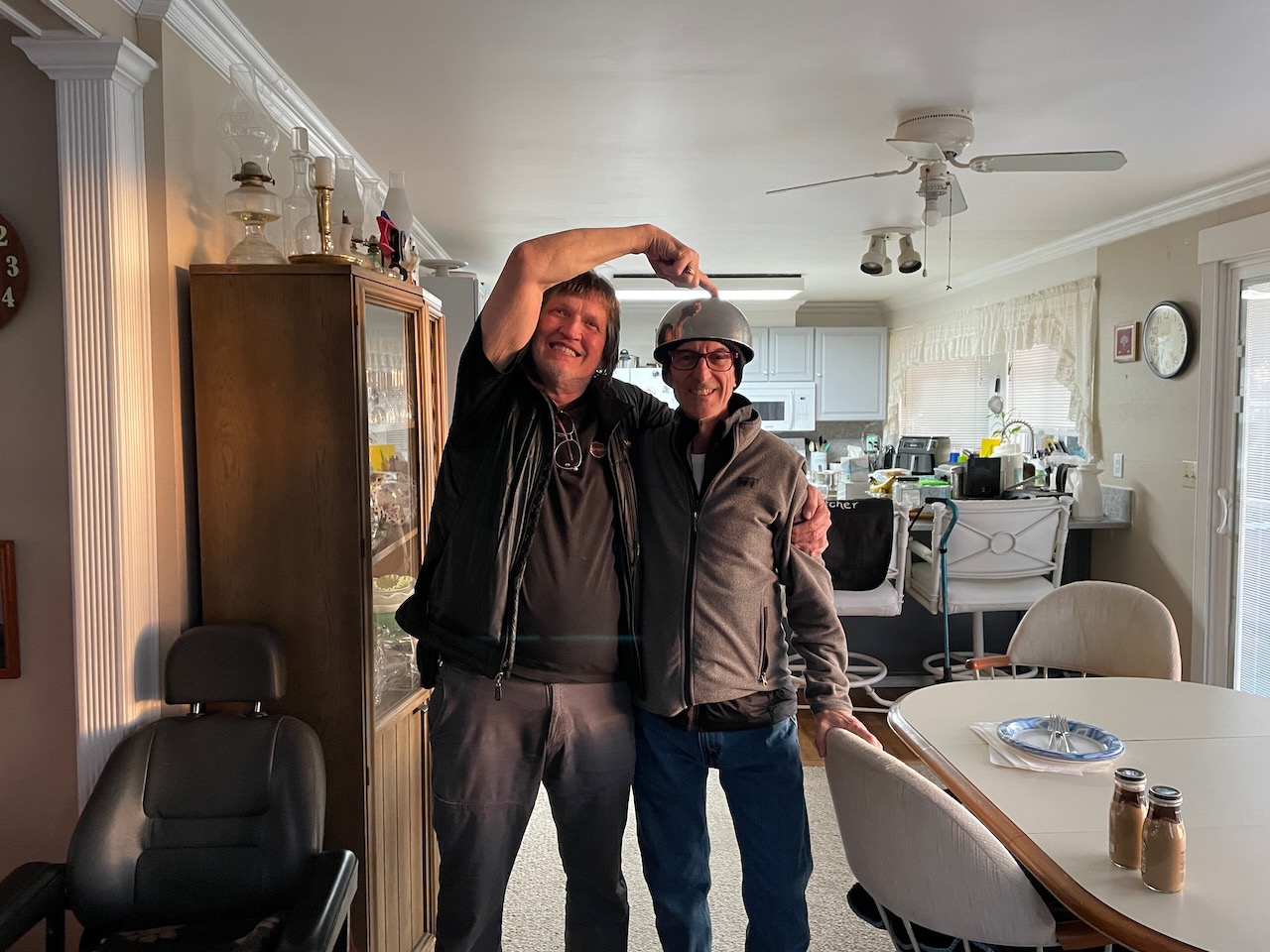 Another day I drove to Marysville, about an hour north of Seattle to see Dwayne Davis. He had texted me when I was in Mexico. He played drums in our garage band when I was in high school. He’s also worked in construction and has had several back surgeries. 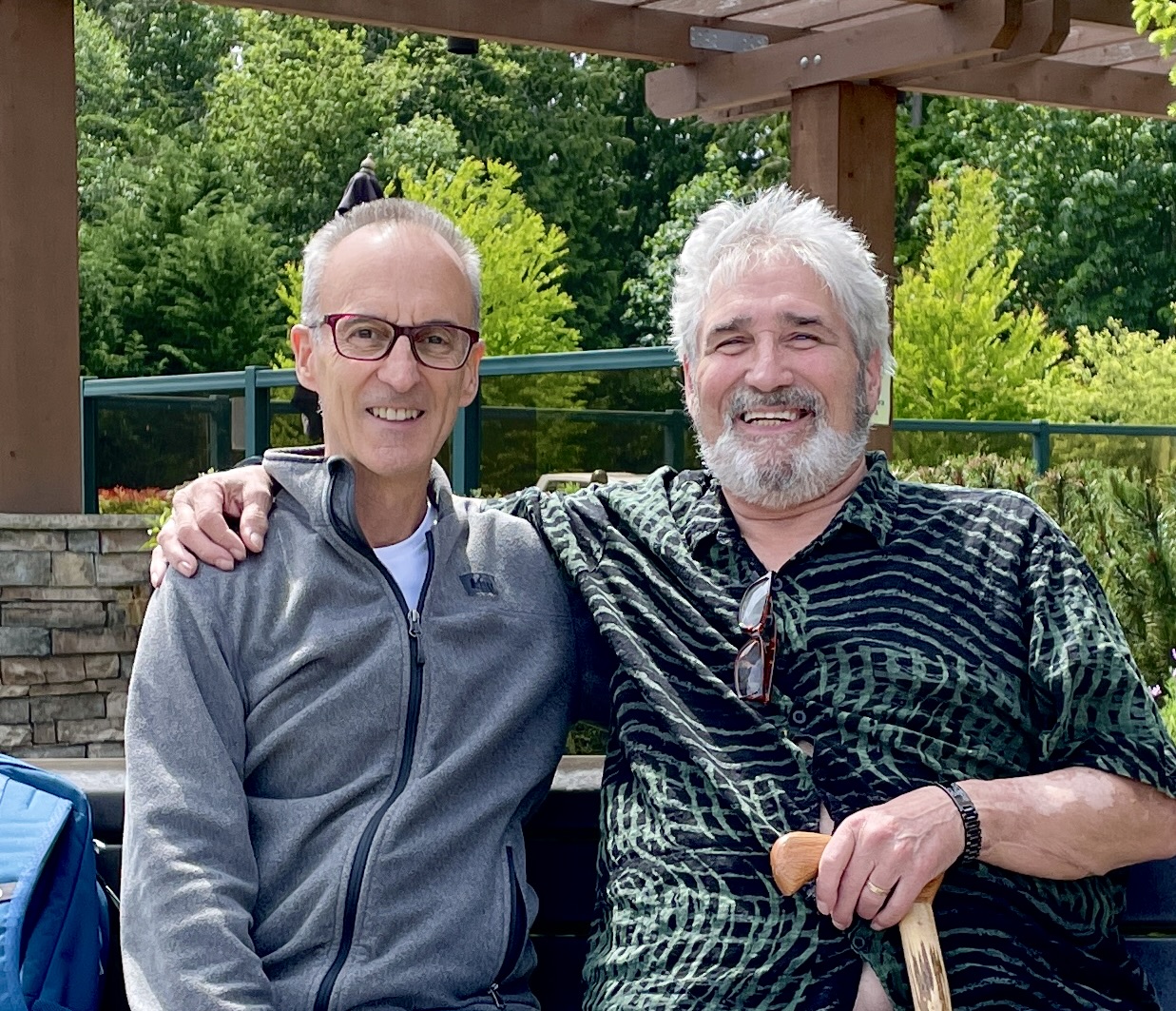 Yet another Kenmore musician, Gordy Rawson ran a wine business in Woodinville (not far from Bothell), until recently. Since he knows a ton about wine, I asked him to show me around that area, which has become a real wine Mecca. 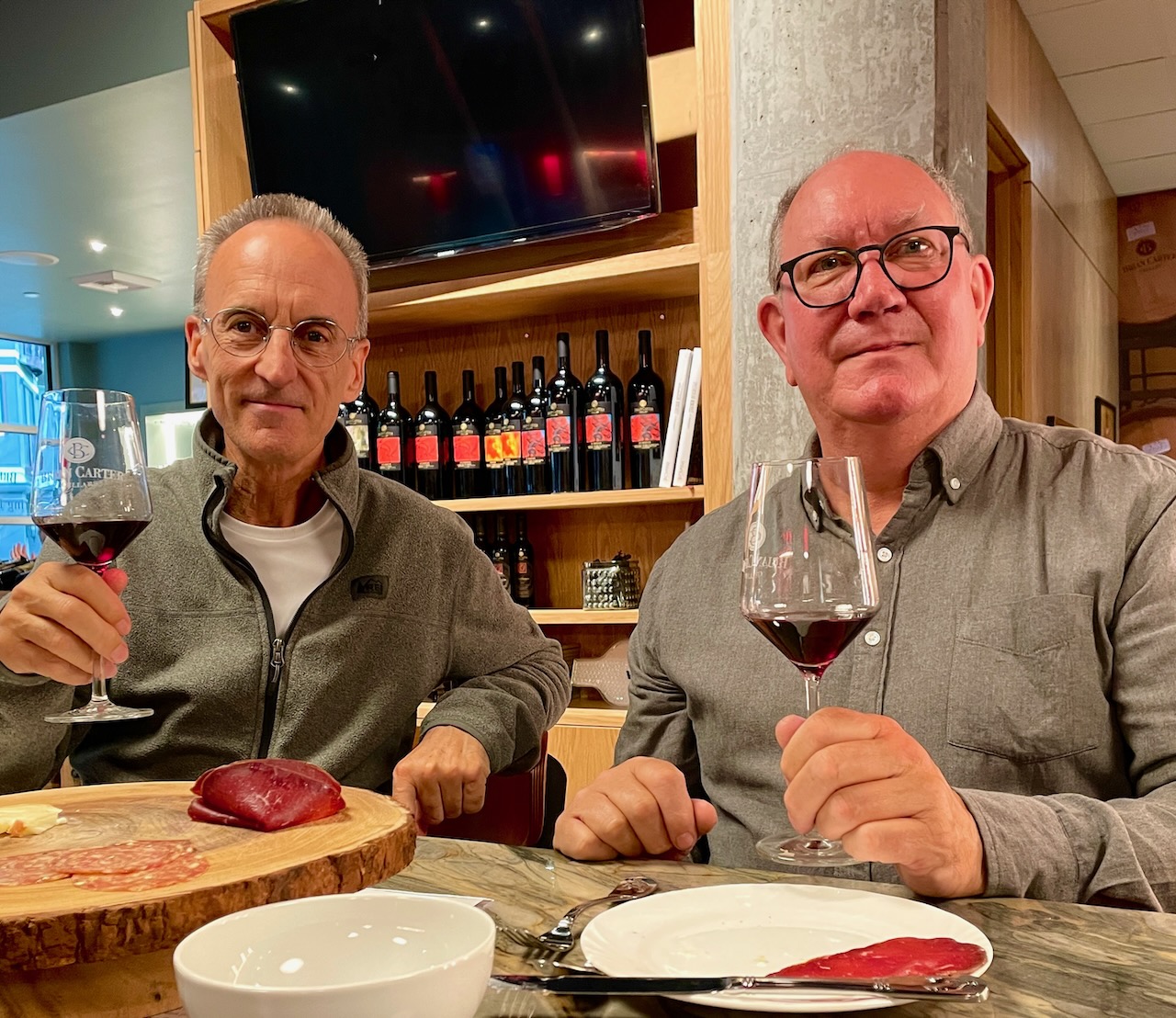 And just a few days ago I drove an hour and a half north to Arlington to see James Allen, who played keyboard in my very first band in 7th grade. He’s a boogie woogie blues pianist and made a CD a few years ago, which you can listen to here (you may need a Spotify account). 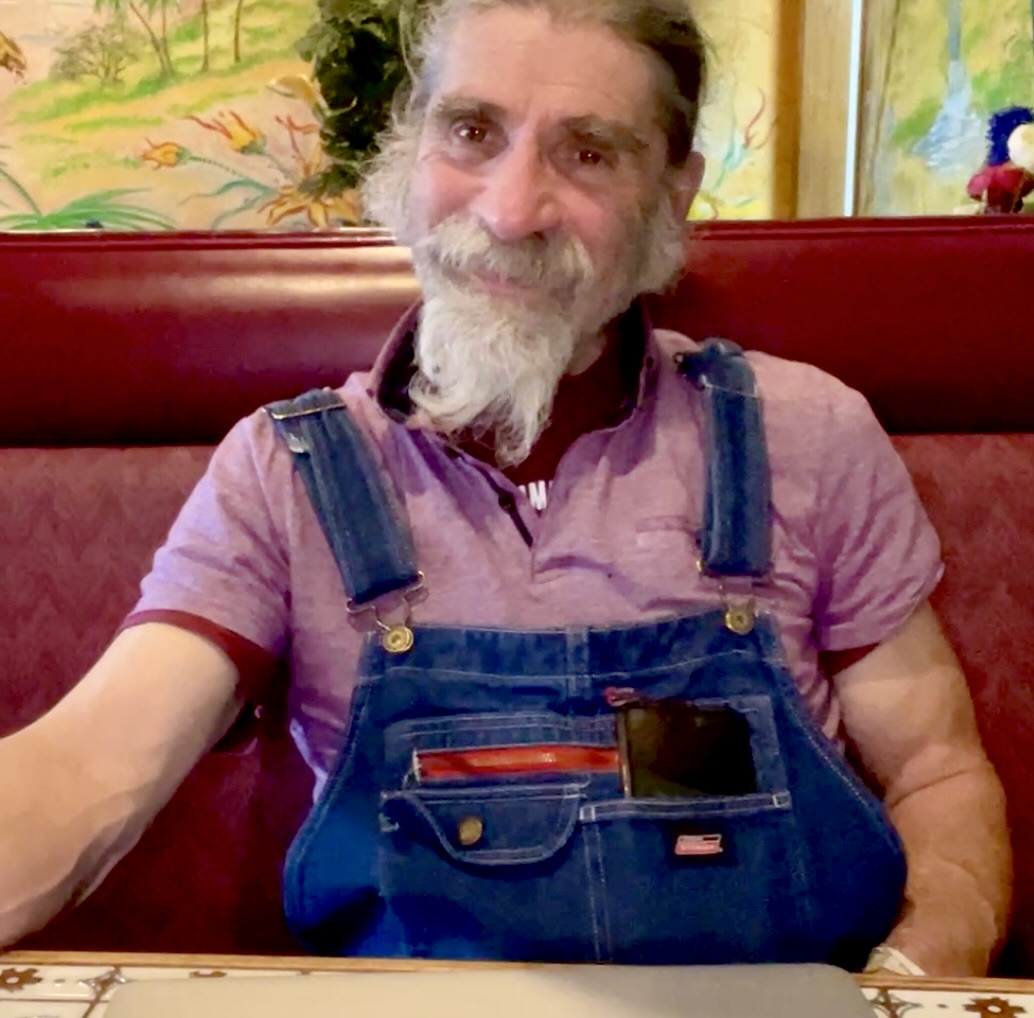 A self-described “hoarder,” James experienced tragedy on Thanksgiving of 2020 when a room adjoining the double-wide trailer he lived in caught on fire. He had 7 Yamaha electric grand pianos, a couple upright pianos, and some Hammond B3 organs in the room, which were all consumed by the fire. 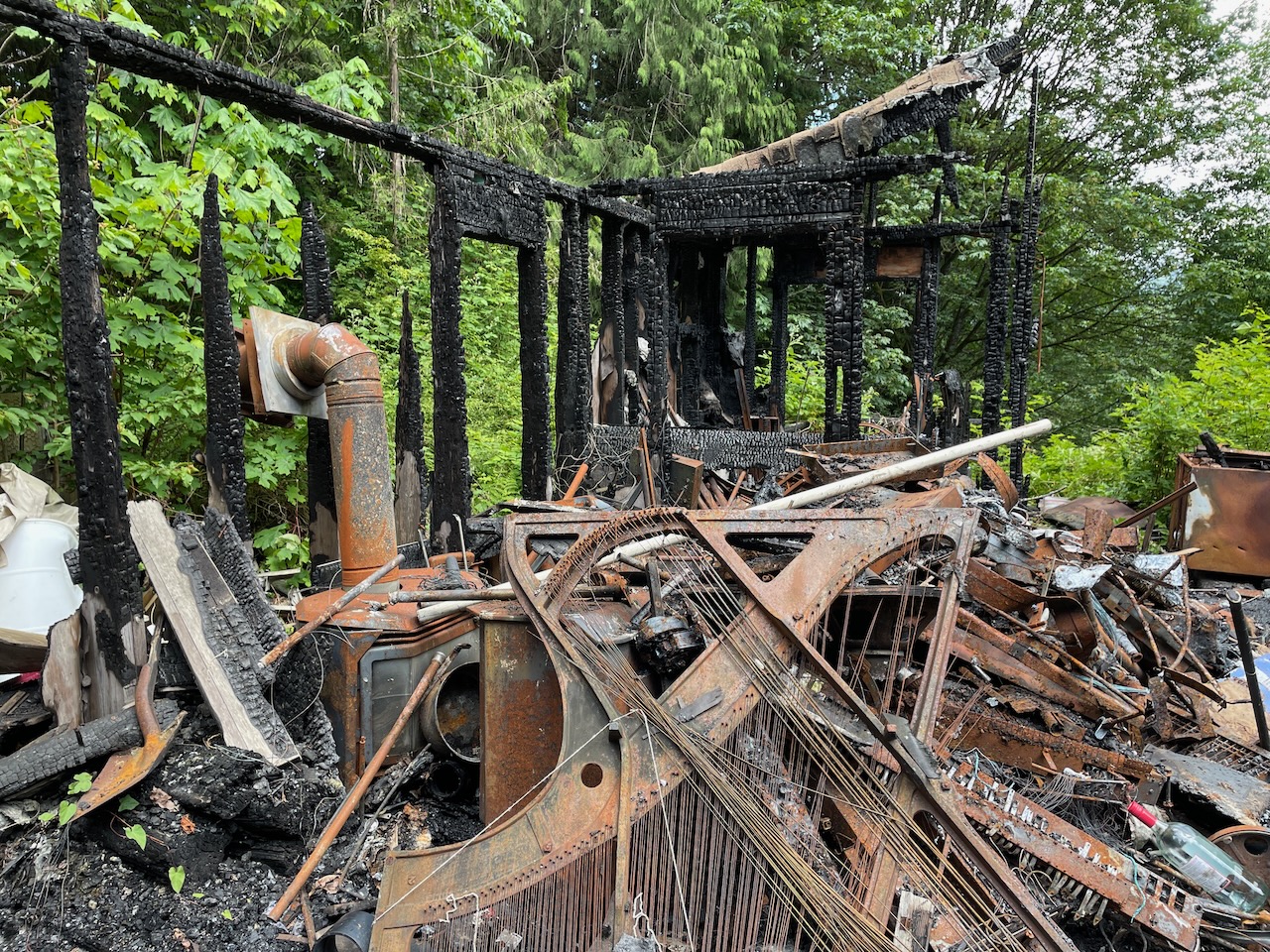 Getting To Know West Seattle

As usual, when first getting back to Seattle after being in a tropical locale, I freeze. It seems like locals here consider any day over 55F to be warm. In May there were a couple days when temp’s got close to 70, and as I need to get outdoors often, several times I’ve parked near the Alki Beach Road, then take my Brompton folding bike out of my trunk and ride 3 miles or so down and back to the main beach area.

It’s a haven for people in this area and besides other bicyclists, skateboarders, scooters, in-line skaters, walkers and runners all use the paths and pavements along the water to get some exercise, do some people watching, or both. 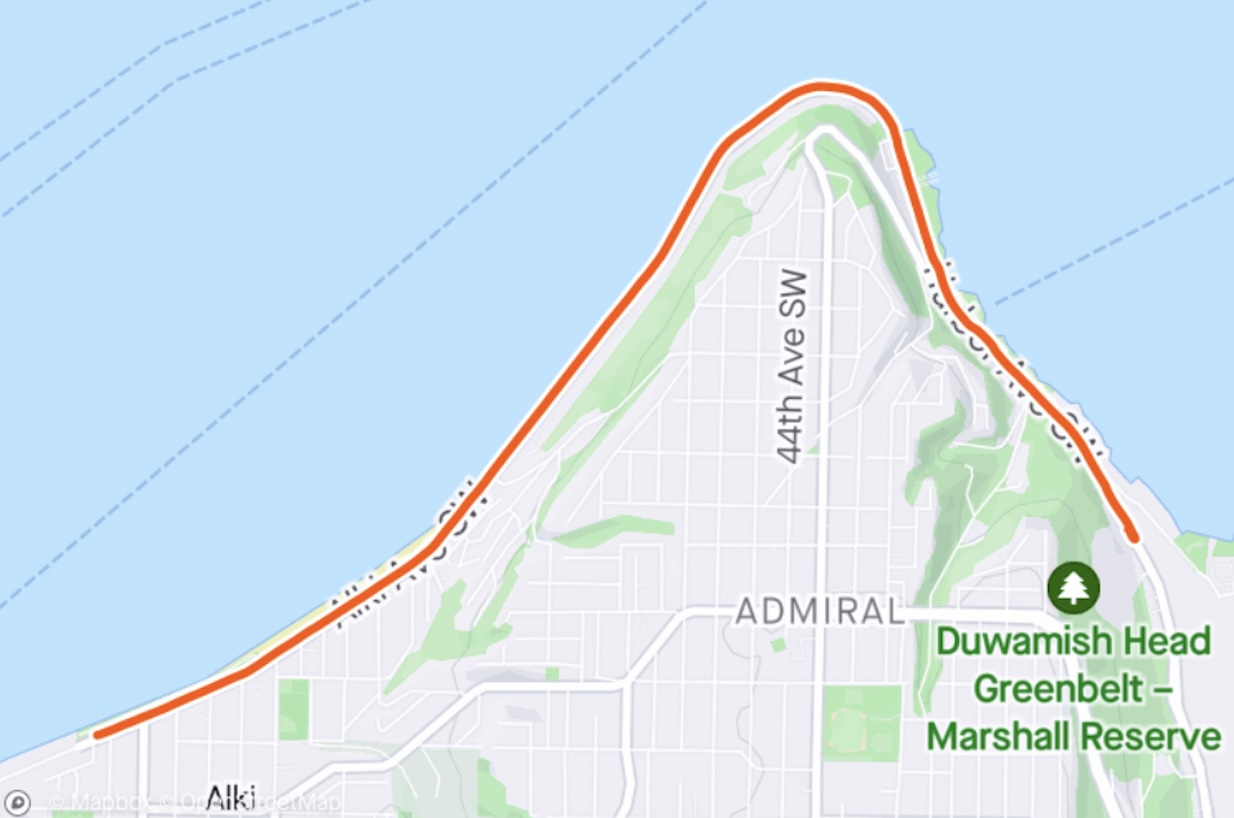 You can see the Space Needle in the distance. 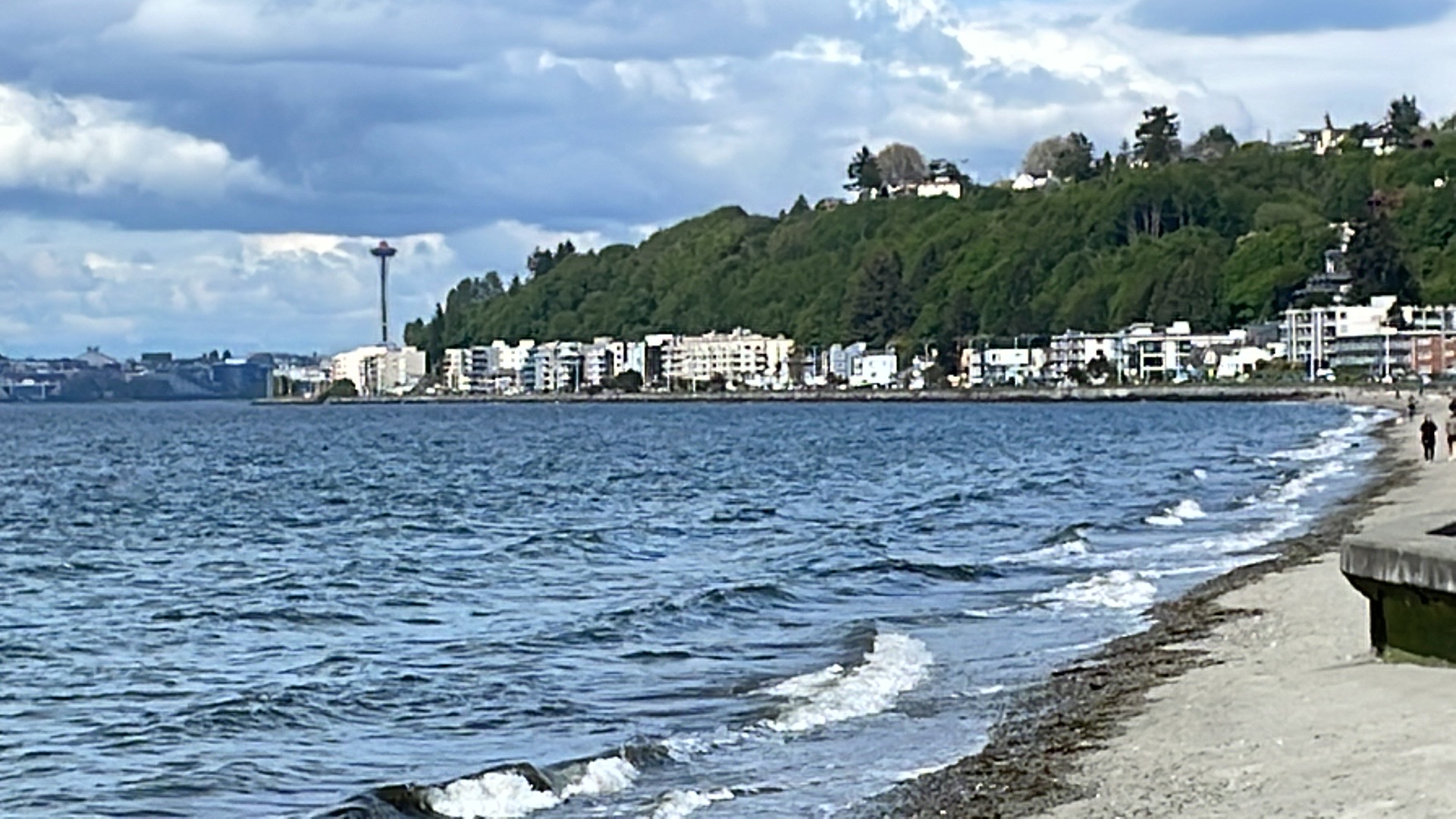 Alki (“Al Kai”) Beach. There’s a miniature Statue of Liberty there, though I’ve forgotten why. 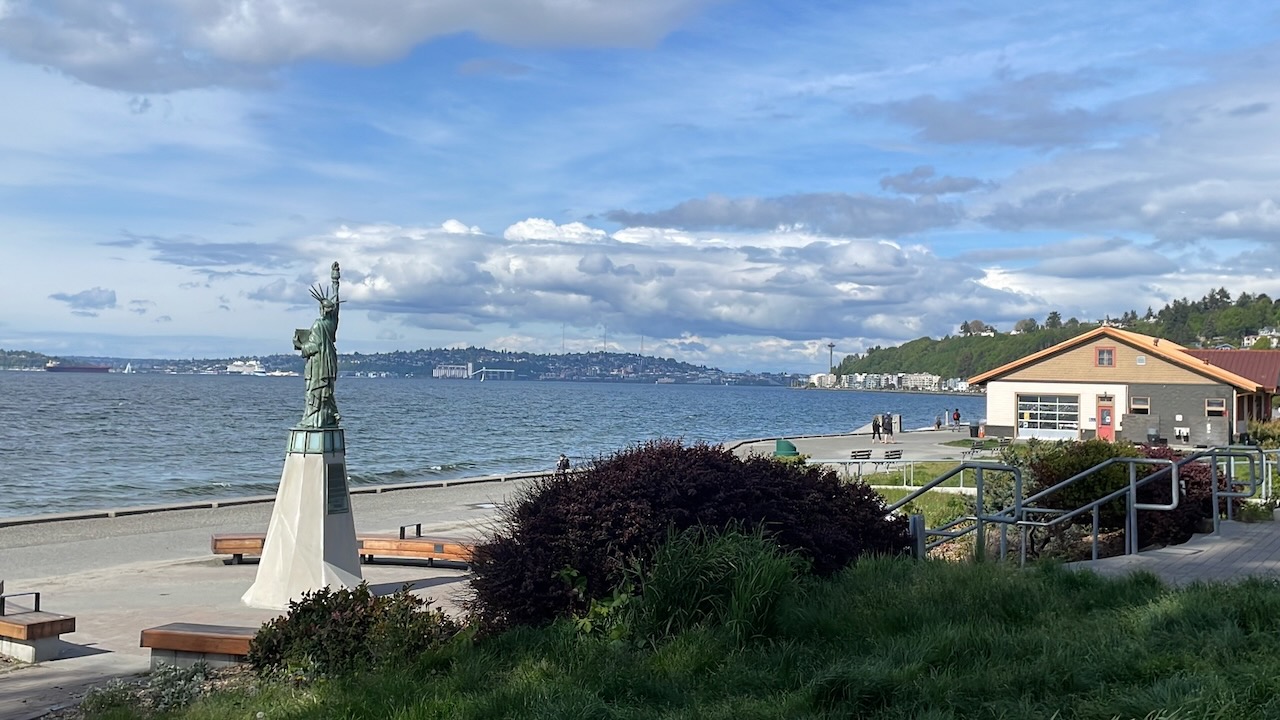 Like many places in the world, lovers have left locks along one fence. My Brompton folder continues to be dependable. 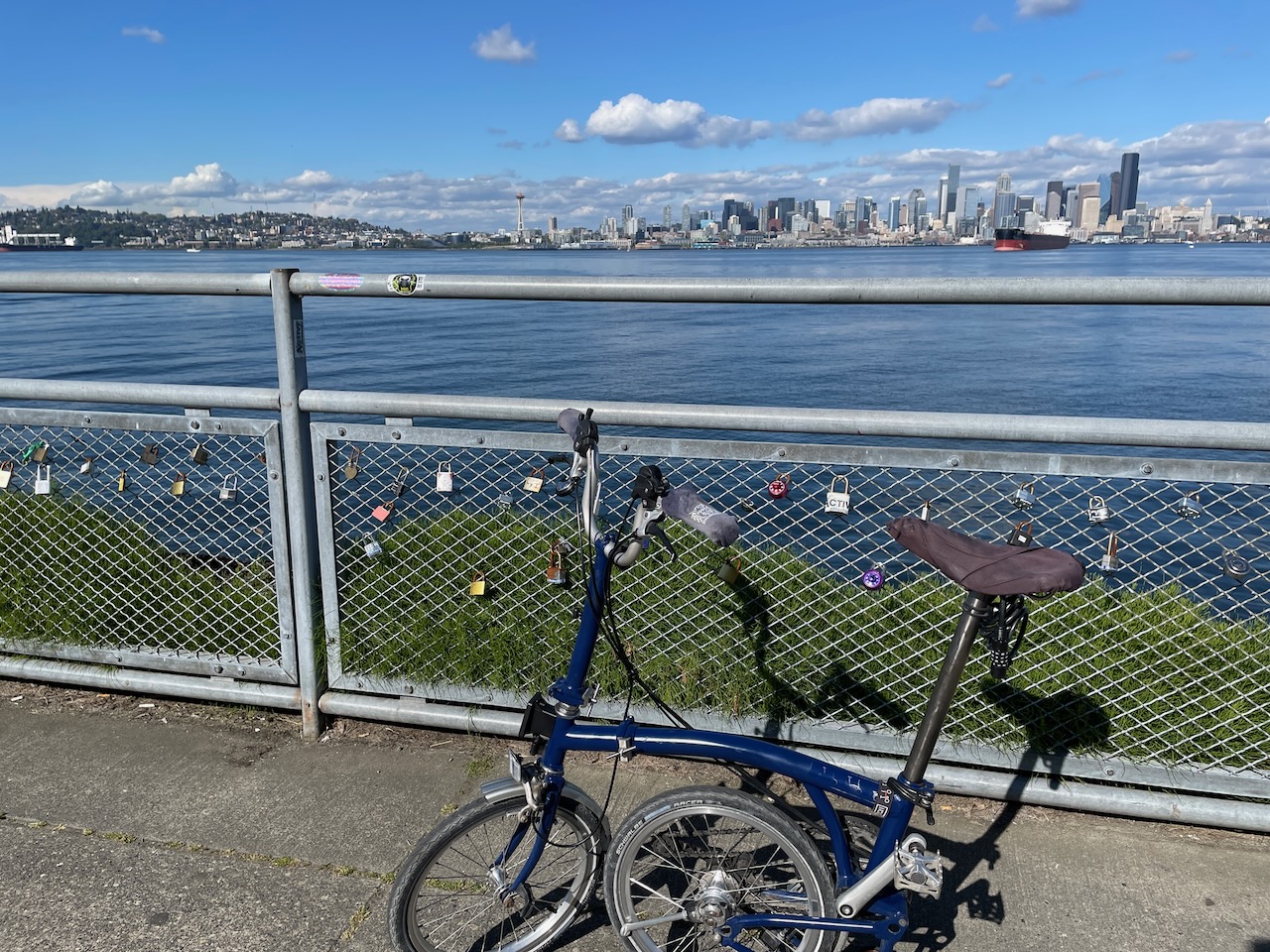 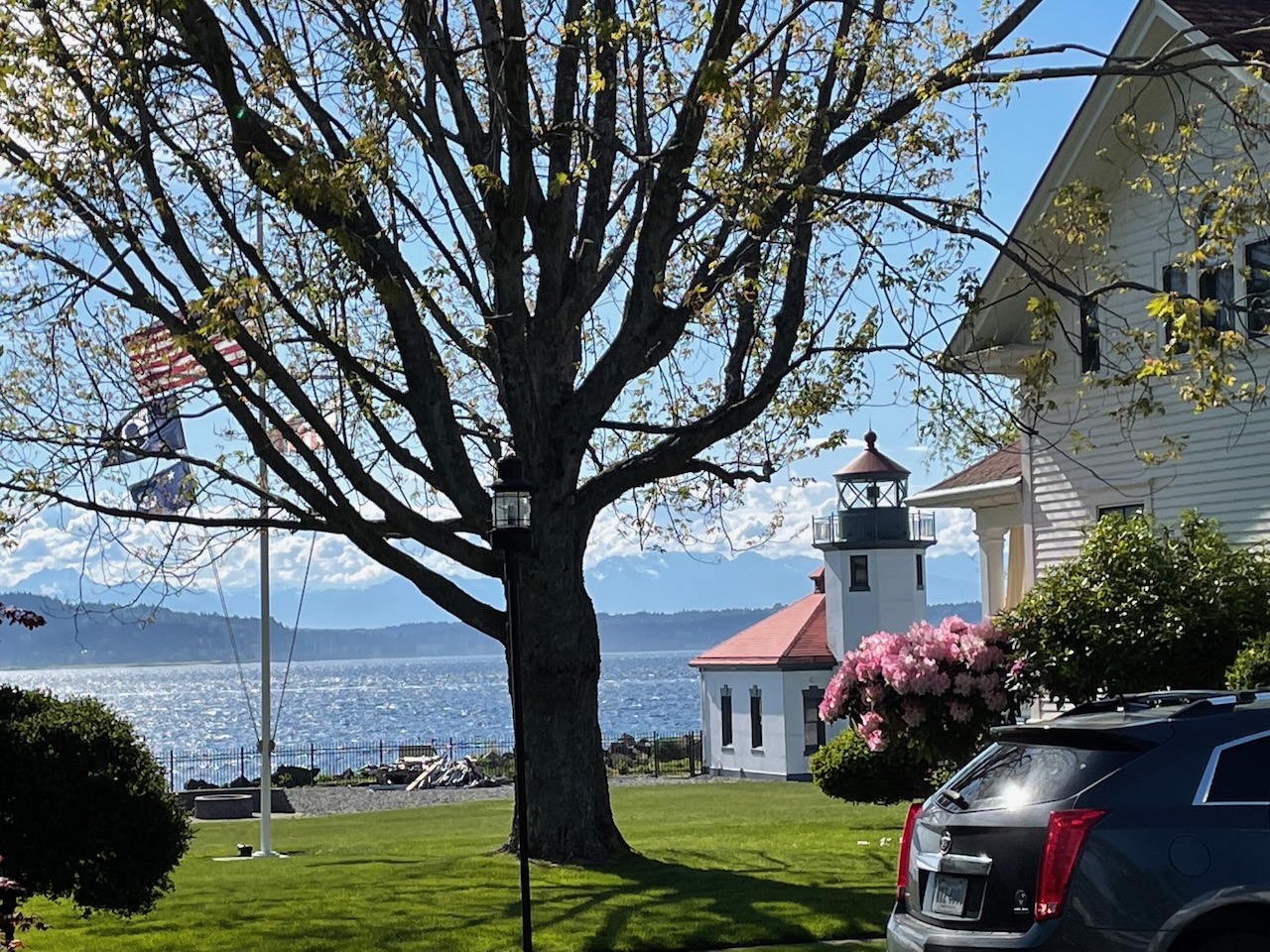 A couple interesting houses along the beach road. 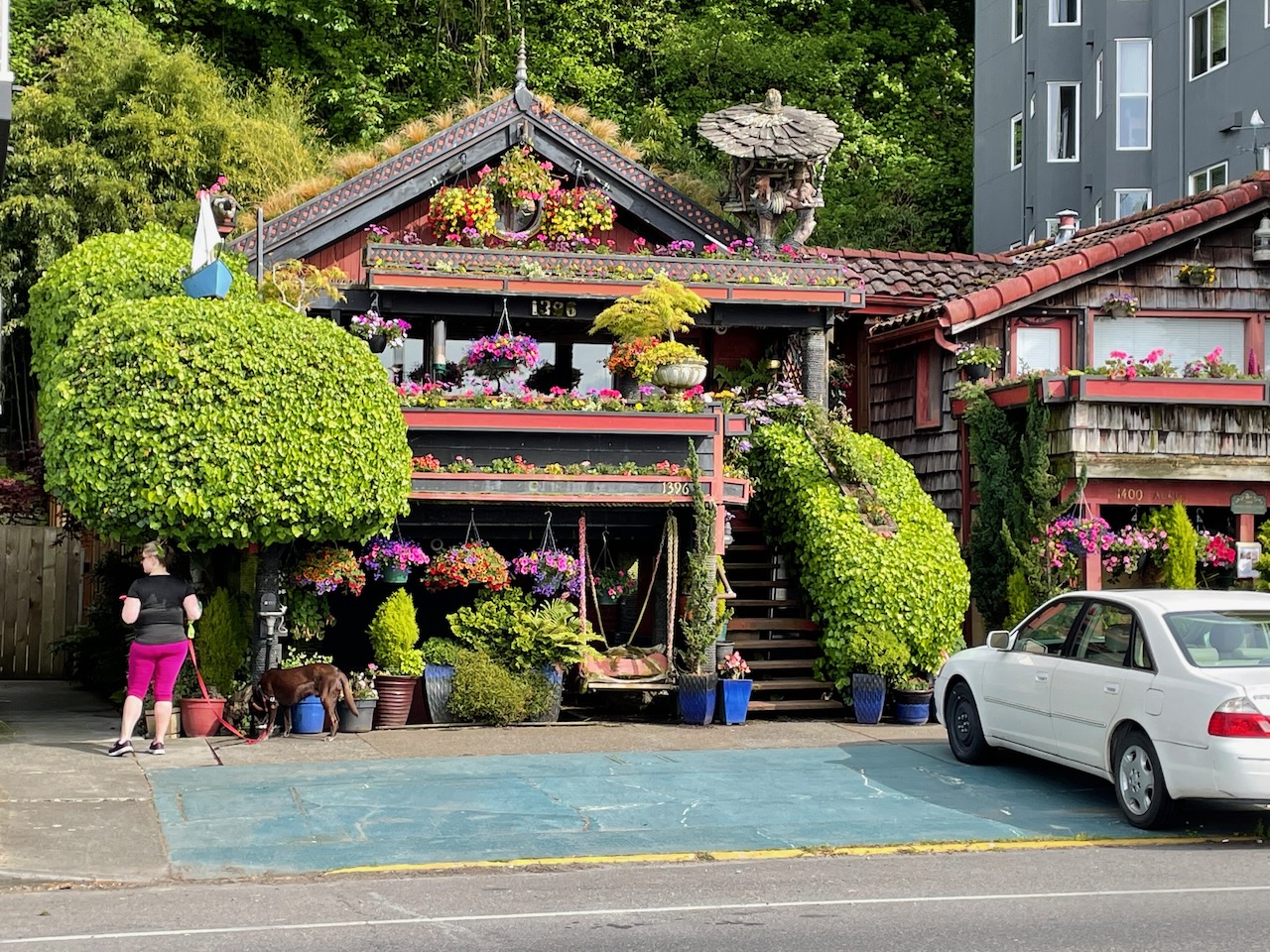 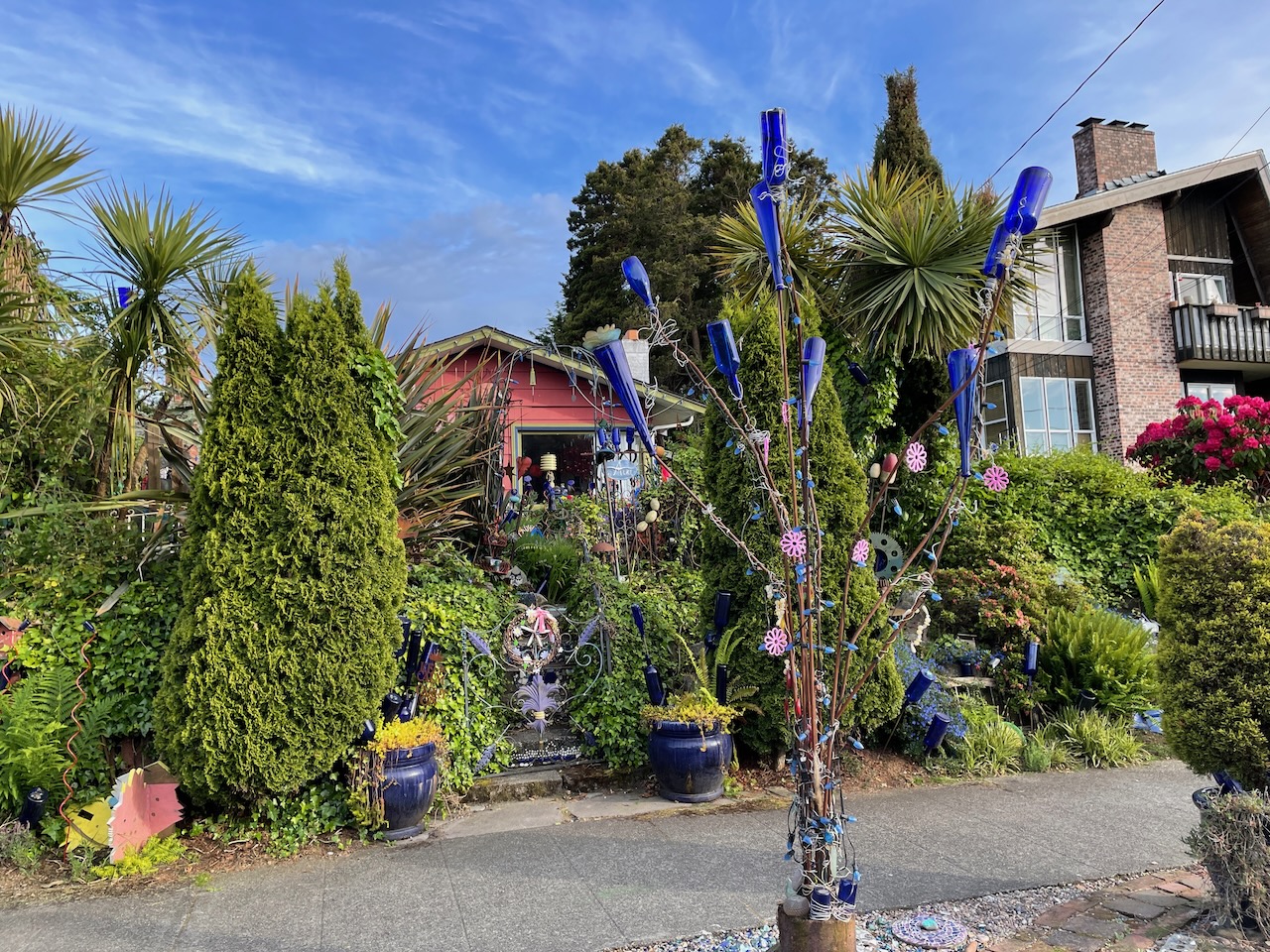 There’s a park on the hill above with good views of the city (when the weather cooperates). I zoomed my iPhone camera to get this shot. 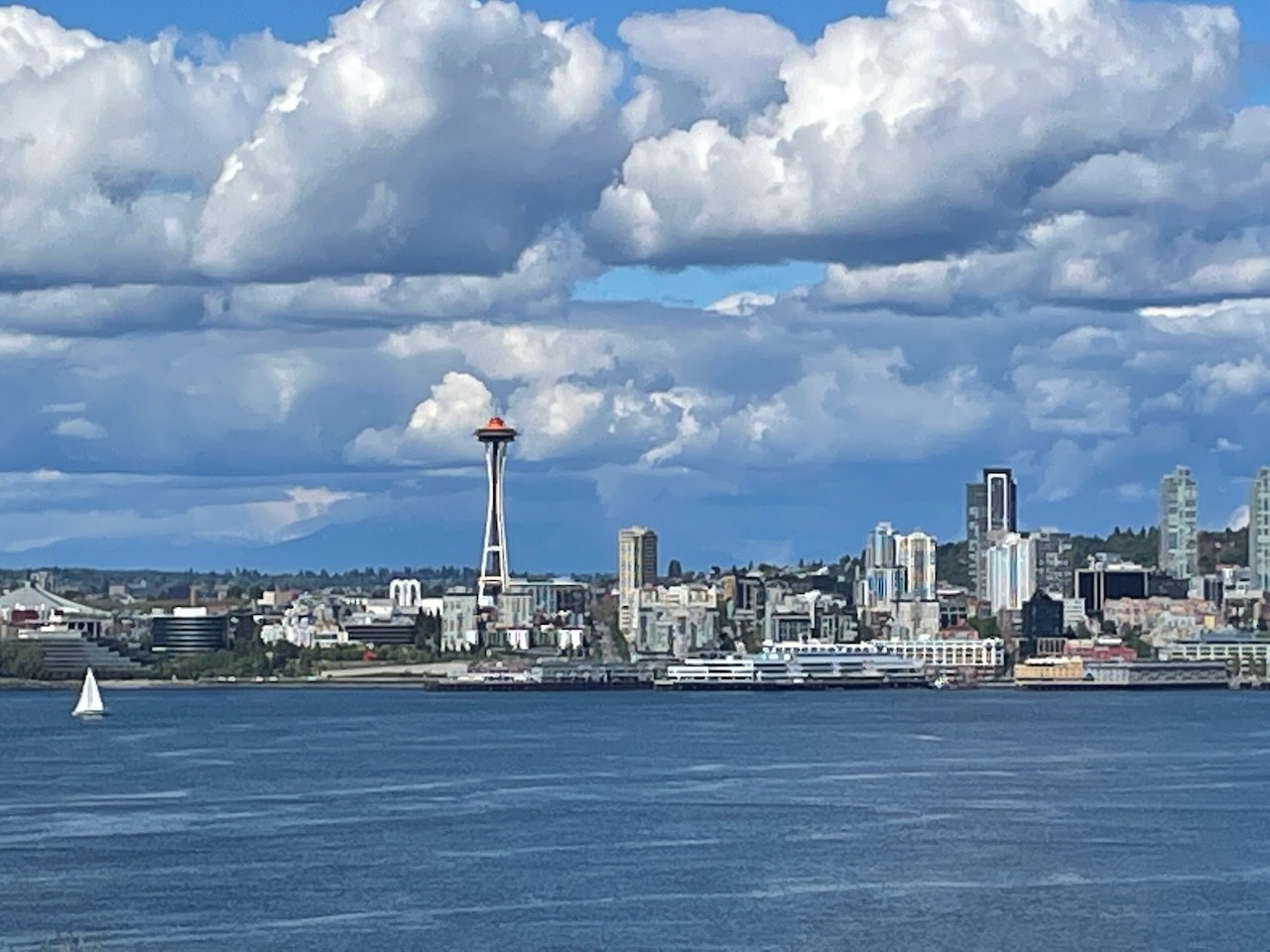 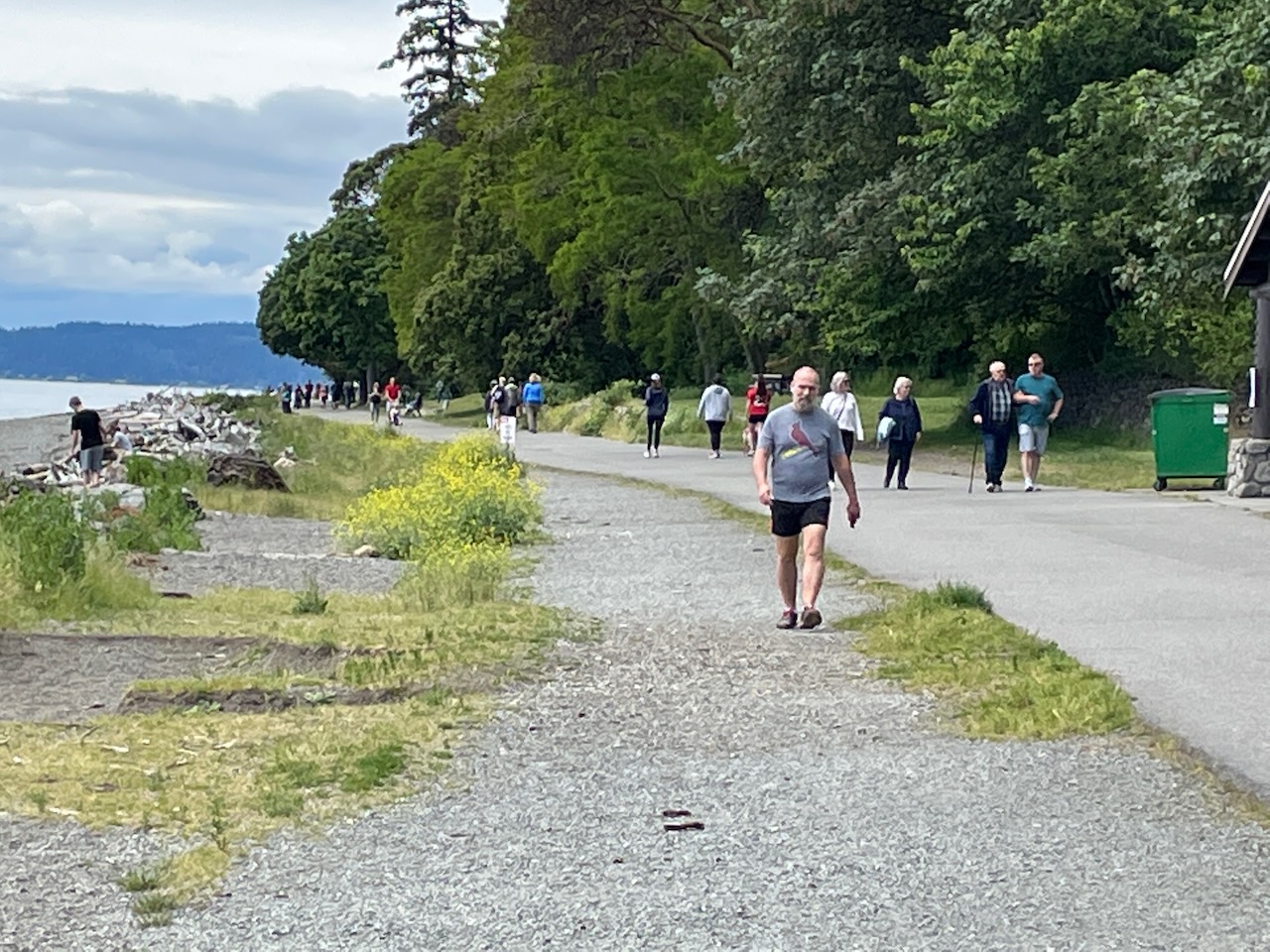 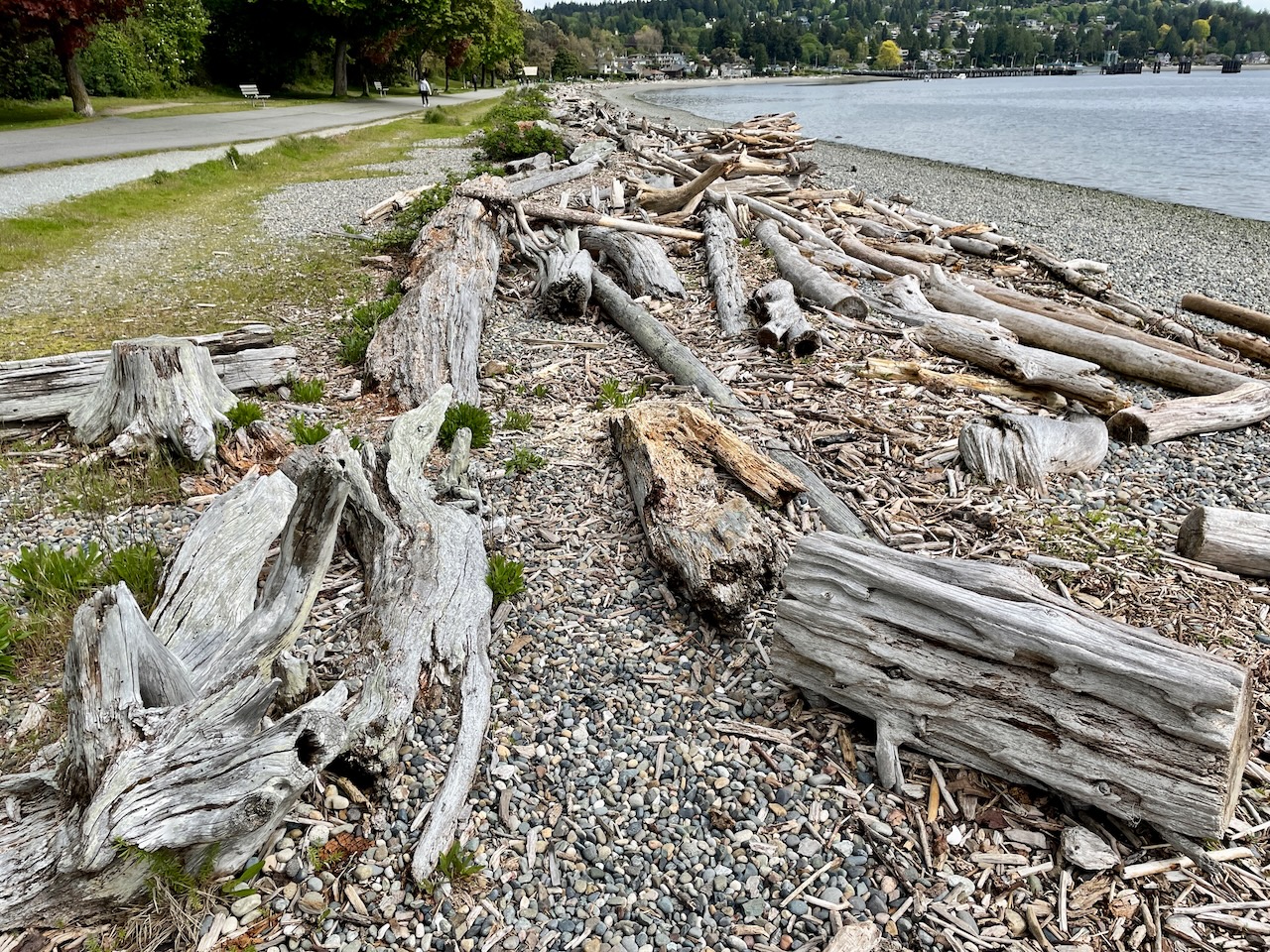 Some stairs going back up the hillside toward the parking lot. 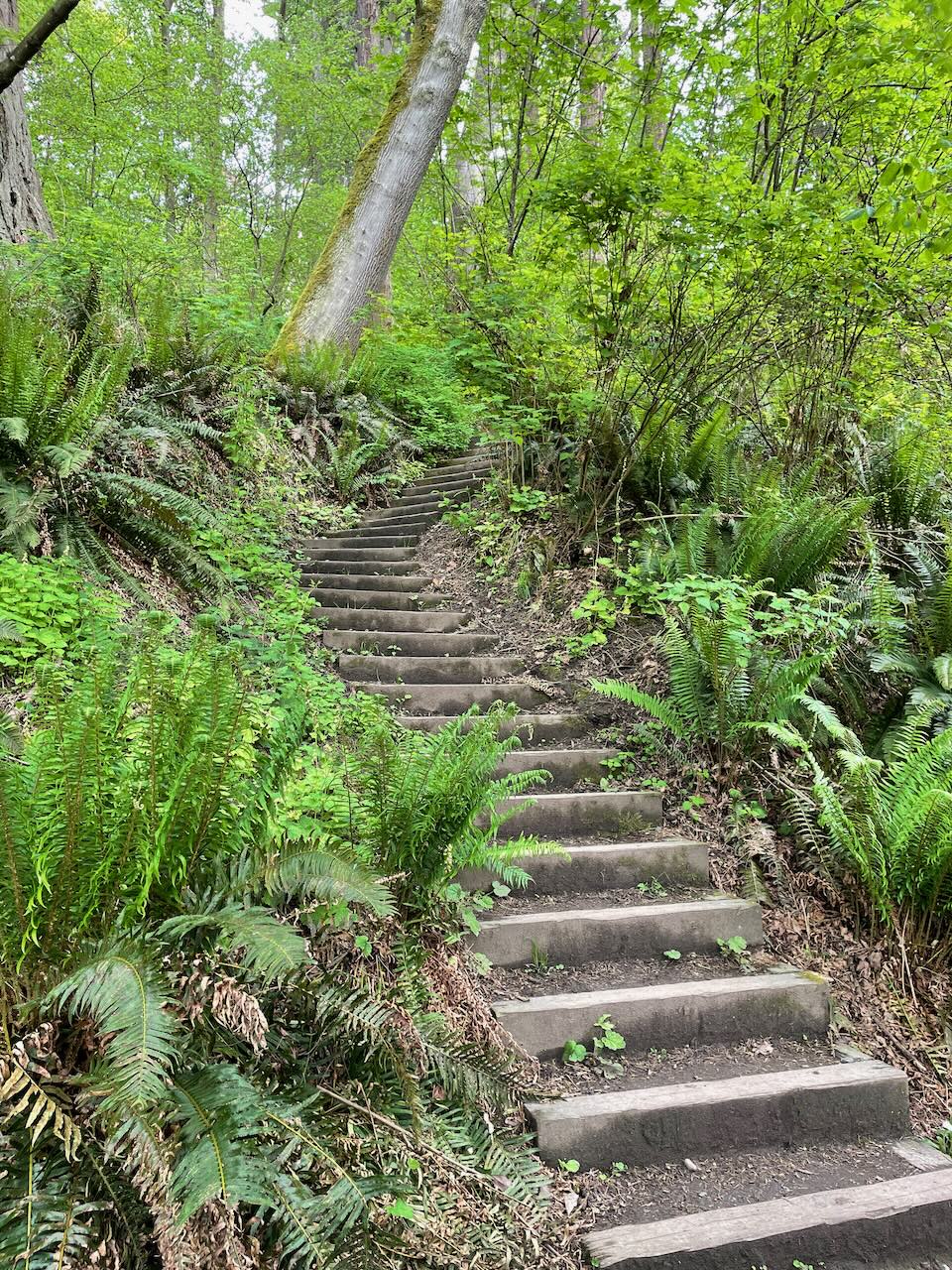 One day I took the Fauntleroy ferry to Vashon Island and drove around. Here’s the Point Robinson Lighthouse there. 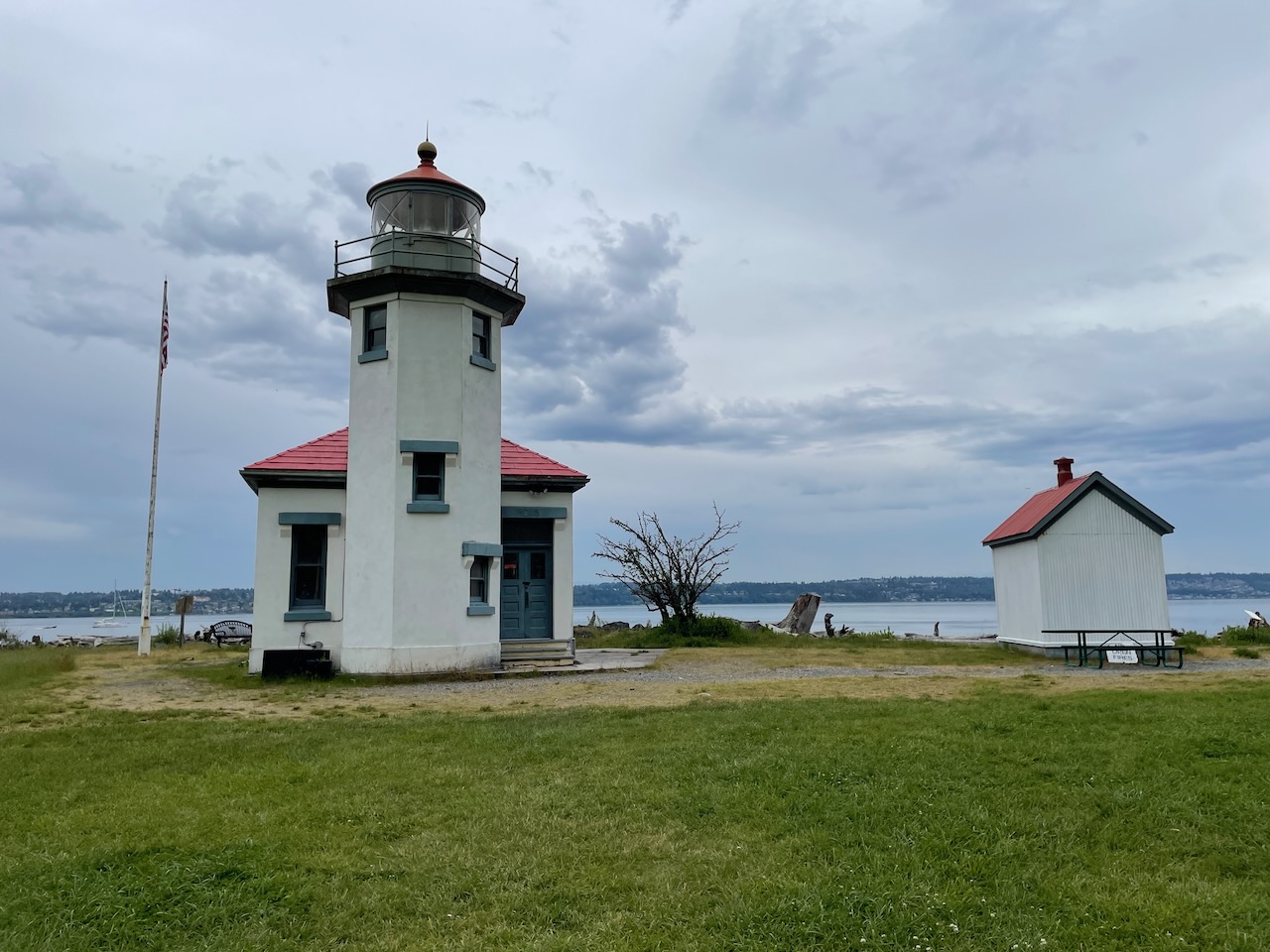 This historic restaurant in the little town of Vashon has a classic slogan. 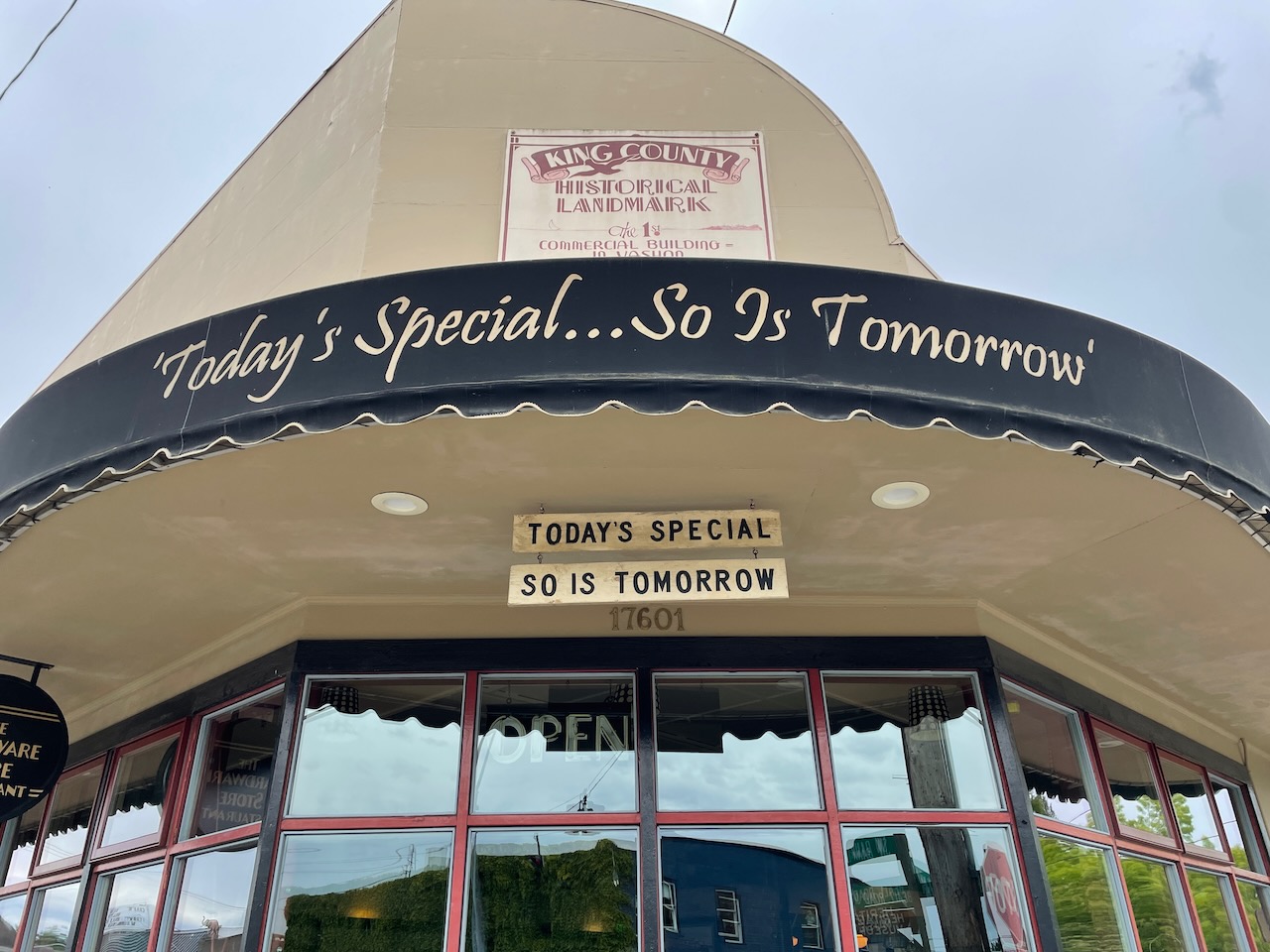